NEW YORK – PRN Africa — According to news reports, the detention on Monday of top civilian leaders by Colonel Assimi Goita – acting Vice President – who led the overthrow of former president Ibrahim Boubacr Keita last year, was because they had failed to consult him over a government reshuffle.

In a statement released after the emergency meeting, the Security Council “strongly condemned the arrest of the transitional President “and other officials by elements of the Defence and Security forces in Mali”.

They called for the safe, immediate and unconditional release of all the officials detained and urged the Defence and Security personnel “to return to their barracks without delay.”

Ambassadors also reaffirmed their support for the civilian-led transition in Mali and called for its immediate resumption, leading to elections and constitutional order within the established 18-month timeline agreed following the coup last year.

Unacceptable use of force

“They called on all Malian stakeholders to prioritize building trust, engaging in dialogue and to be willing to compromise to achieve these objectives. They affirmed that imposing a change of transitional leadership by force, including through forced resignations, is unacceptable. “

News of their arrest on Monday was met with concern by UN Secretary-General António Guterres, who said his Special Representative in the region was working closely with the regional economic community ECOWAS, the African Union and others, which are supporting the transition.

They demanded the immediate and unconditional release of President Bah Ndaw and Prime Minister Moctar Ouane and stressed that those “military elements” responsible for detaining them will be held “personally responsible” for their safety.

Dialogue on the ground

Briefing reporters on Wednesday, UN Spokesperson Stéphane Dujarric said that MINUSMA “continues to work closely with the delegation from ECOWAS, which is currently in Bamako, the capital of Mali.

“Our Special Representative and head of the Peacekeeping mission, El-Ghassim WANE, took part in the meetings that the ECOWAS delegation was having”, he added.

He said MINUSMA was continuing to support the efforts of ECOWAS and “calls on all actors concerned to cooperate fully with a view to a rapid resumption of the normal course of the transition, within the framework provided by the Charter.

Mr. Dujarric said it was “crucial that this crisis be resolved urgently as it constitutes an additional challenge that would negatively affect the implementation of the Peace Agreement.”

Mr. Guterres meanwhile, continues to follow the situation in Mali “with concern and continues to be engaged.”

The Security Council emergency meeting began at 3pm New York time, and was requested by France, Niger, Tunisia, Kenya and Saint Vincent and the Grenadines. 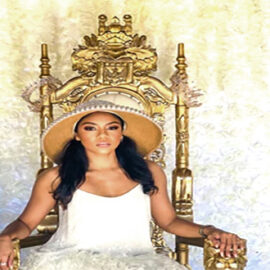