In an article published in 1994 titled The Coming Anarchy, the American journalist Robert Kaplan predicted an impending Armageddon for West Africa due to what he considered its notoriety for breeding crime, coups and tyrannical regimes. Twenty-six years later, it bears examining whether the region has measured up to this grim forecast.

In my paper, I examined how the Economic Community of West African States (ECOWAS) had fared in the context of some emerging and recurring security threats in the region. These included jihadist terrorism, drug trafficking and piracy and unconstitutional changes of government.

ECOWAS was formed in 1975 by West African states to accelerate economic growth and development in the region. Its member states include Benin Republic, Burkina Faso, Cape Verde, Côte d’Ivoire, The Gambia, Ghana, Guinea, Guinea Bissau, Liberia, Mali, Niger, Senegal, Sierra Leone, Togo, and Nigeria. The adoption of the Accord on Non-aggression and Defence in 1978 marked the inroads of ECOWAS into security regionalism as a prerequisite for the attainment of economic integration.

I assessed the progress of ECOWAS in resolving the main security challenges in the region. I concluded that there are reasons to be optimistic. But recent conflict trends have reignited a great deal of concern about the political stability of the region.

I concluded that ECOWAS is limited in what it can achieve. Nonetheless, it needs to be decisive in enforcing its protocols and policies and sanctioning member states and governing elites who flout them.

One of the categories of political instability I looked at was trends in constitutional coups.

Only Cape Verde and Senegal were spared a military coup. Even so, the erstwhile president of Senegal, the then 86-year-old Abdoulaye Wade, did attempt a constitutional coup in 2012 to run for a third term.

In response to many of these developments, ECOWAS deployed both military and diplomatic tactics at different times. For instance, ECOWAS deployed the military in the Liberia and Sierra Leone conflicts and recorded a modicum of success, but this intervention was controversial because of alleged human rights abuses.

Diplomacy was deployed in 2012, when a festering terrorist challenge and Tuareg rebellion in Mali led to the ousting of President Amadou Toumani Touré in a putsch. ECOWAS initiated a mediated settlement with the junta to restore constitutional order while granting them amnesty. It failed to deploy a military tactic due to lack of capacity and disagreements by member states.

However, the use of Blaise Compaoré as mediator in the Mali intervention contradicted the organisation’s protocols given his despotic tactics at home. Compaoré was eventually toppled by a popular protest in 2014.

After a military coup in Burkina Faso in 2015, ECOWAS returned the interim president, Michel Kafando, to office. And it facilitated a political transition in the Gambia in 2017.

Yet it has been ineffectual in dismantling the Gnassingbé dynasty in Togo. And it failed to deplore the move by Alpha Condé of Guinea to push through a constitutional referendum in March 2020. This saw him return to power for a third term as president.

Similarly, President Alassane Ouattara of Côte d’Ivoire capitalised on a new constitution and ran for a third term in 2020 amid some violent protests in the country. According to Adam K. Abebe in the Africa Report, the new constitution

“retains the two-term limit on presidential aspirants but says nothing about terms served prior to its adoption”.

In 2020, Mali was back in the spotlight when a popular uprising and coup ended the administration of President Ibrahim Boubacar Keïta. This time, ECOWAS imposed economic sanctions and gave a deadline for the military to hand over to a transitional government.

Overall, I found that ECOWAS’s achievements in responding to the crises of governance wrecking the region have been strained by the non-compliance of its own leaders with its good governance protocol.

One of the major security threats in the region is drug trafficking. Coastal states of Guinea-Bissau, Guinea, Cape Verde, Nigeria, Ghana, Gambia and Senegal have become major transit routes for drug traffickers. And substantial seizures of drugs were made between 2005 and 2007. This challenge has been coupled with alarming kidnappings at sea in the Gulf of Guinea.

ECOWAS tried to address the drug crime through the adoption of a policy in 2009 and a year later agreeing the Dakar Initiative. Most of its efforts have focused on restricting the flow of drugs, strengthening borders, and prosecuting culprits.

Then there is the ongoing terrorism of Boko Haram and its splinter sects in Nigeria. This has become a normalised phenomenon with seismic reverberations in neighbouring states. The challenge is compounded by the activities of armed bandits and kidnappers.

The priority of member states has been to pursue culprits, with little investment in addressing the ideological and political conditions of violence.

There are also major shortfalls when it comes to the organisation’s military unit. The most pressing are corruption and a lack of sustained and improved training.

And, despite its measured progress, ECOWAS still has the critical challenge of resource scarcity. There is also the lack of will to follow through on the implementation of protocols, non-compliance with the protocols, a lack of leadership by members, the brutality of state forces and a general disconnect with the realities of people on the ground.

The decline of interstate violence and civil wars in West Africa, and the greater prominence of ECOWAS in conflict management, are perhaps indications that the security situation of West Africa didn’t turn out to be as gloomy as Kaplan forecast two decades ago. But there are important lessons that have been learnt.

The organisation should support and safeguard the rights of its citizens to stage peaceful protest as a way of balancing the excesses of politicians.

The people should use their rights granted by Article 4 of the 2005 revised protocol under the ECOWAS Court to seek justice in situations where they have been abused by the state or other oppressive groups.

ECOWAS should appoint individuals who are not former heads of state and do not hold political office as regional mediators. Given Nigeria’s mammoth internal challenges and weakened political clout, other countries within the region must step up and drive the organisation to achieve its mandate of becoming a community of people rather than an institution that enhances the status and profile of subversive regimes. 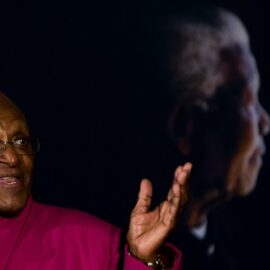 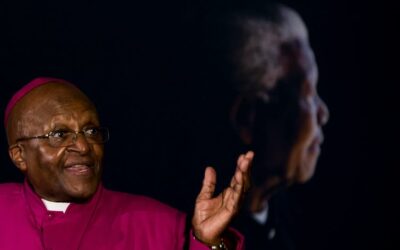