It’s been nearly two decades since the idea of a single currency for West Africa was first mooted. Yet the sub-region is still far from having a common legal tender. What is ordinarily a good idea seems to have fizzled into a fantasy.

Now, the story is that the single currency has been scheduled for 2020. But there is scepticism about the prospects of this coming to pass, especially at a time when economic blocks like the European Union are struggling.

The decision to create a single monetary zone for West Africa was reached by Heads of State of the 15 member countries at a summit of the Economic Community of West African States, the region’s economic commission, in Lome, Togo in 1999.

At the time, a currency union of Francophone West African States already existed to facilitate economic integration among countries which use the CFA Franc (courtesy of the Communauté Financière Africaine, or the African Financial Community) as their currency.

To speed up the macroeconomic convergence necessary for a single currency across the entire sub-region, six Anglophone Heads of State met in Accra Ghana in 2000 and agreed to create a second monetary zone for the Anglophone countries, with the ultimate aim of merging with the Francophone countries. The aim was to create a single and harmonised monetary union for all of West Africa by 2004.

The implementation of that common currency for West Africa’s Anglophone countries was postponed four times before finally being jettisoned, dimming the hopes of a single currency for the sub-region.

The convergence criteria the Economic Community of West African States set for its member countries seem to be the bane of the single currency project. While the criteria are essential, they are also very high bars to scale for the countries concerned.

The hurdles to overcome

To implement the single currency, the regional economic body set some conditions.

First, it requires all countries to achieve a single digit inflation of 5% or less, which is a difficult task. In Ghana, data shows that the average yearly inflation between 2000 and 2016 was 16.92%, which is far from a single digit. Nigeria, the largest economy in the region, recorded an average inflation of 11.92% between 2003 and 2016, a rate which far exceeds 5%.

Moreover, West African countries are net importers, even of food. Nigeria, for instance, spends USD$6.5 billion annually on food imports. This sad situation compounds the inflation problem, which is made even worse by the region’s unfavourable exchange rates.

Second, the regional economic body requires all member countries to achieve budget deficit to GDP ratios of 4% or lower before the single currency is launched. In other words, budget shortfalls should be 4% or less of the total market value of all goods and services produced in the respective member countries. It will take a miracle for this to happen by 2020, three years from now.

How can Ghana, whose total debt to GDP stood at 73.3% in 2016, be expected to attain this ratio? How about Gambia whose public debt stood at 108% of GDP in 2015? Even Nigeria, which has one of the lowest debt to GDP ratio in West Africa, is far from the milestone. Essentially, budget deficits have soared and governments will continue to borrow to finance public expenditure.

If the convergence criteria are not revised to reflect the real macroeconomic situation in the sub-region, the single currency dream will remain work-in-progress for the unforeseeable future. This is because economic growth in the sub-region is slow, poverty is rife and the fundamentals for integration are far from realisation.

Is a single currency even necessary?

A single currency could help address West Africa’s monetary problems, such as the lack of independence of central banks and non-convertibility of some currencies. Ultimately, a single currency and its associated regional institutions could also boost investor confidence and promote trade within the sub-region.

But sadly, Africa does not trade with itself. Overseas trade represents 80% of total trade on the continent. Trade between African countries accounts for a woeful 10%, compared to 40% and 60% between North American and European countries respectively.

The story is not different for West Africa where trade between countries is extremely low. The sub-region’s largest partner, the EU, accounts for 37.8% of total trade. Meanwhile Nigeria, which has the largest economy in the sub-region, exported only 2.3% and imported less than 0.5% from other West African countries in 2010. Has the trend since changed? No.

In the current circumstances, the necessity of a single currency is untenable if trade is the main motivation, except the regional commission is hoping West Africa will trade more with itself or attract more investors after the launch.

But that will not happen overnight. Even the Francophone countries which have used CFA Franc as their common currency since 1945 record less than 16% of intra-union trade.

Launching a single currency will also require creating and empowering new regional institutions, such as the West African Central Bank, to manage or supervise monetary policy for the member countries.

The regional commission has made it clear that it’s committed to do what’s necessary to achieve its goal, but what remains to be tested is whether this commitment is real or rhetorical.

The search for wealth drives African politics. Hence it will be interesting to see how politicians react when they lose sovereignty over the management of one of the major things that draws them into politics – money.

Nigeria is expected to play a catalyst role in the single currency project, but it’s also one of the most corrupt countries in Africa. In fact, nine of the 15 member countries of the sub-region ranked between 101st and 168th in the 2016 corruption index, out of a total of 176 countries.

To some extent, a single currency and a regional central bank will reduce corruption in the individual countries. The big question is, will the politicians’ greed allow this to happen? Even if the single currency is successfully implemented in 2020, spectators should not be surprised by any chaos or renunciation of earlier political pledges when the reality starts to kick in. 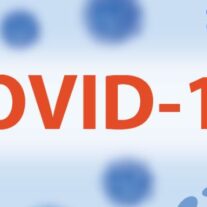 NEW YORK – PRN Africa — The international COVAX initiative aimed at guaranteeing global access to the vaccines, recently announced that it was being forced to slash planned deliveries to Africa, by around 150 million doses this year. The ...